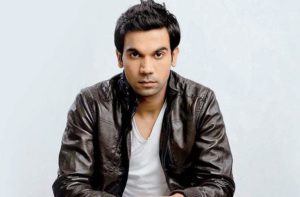 Rajkummar Rao has given multiple hits in past records. His struggle and simplicity are highlighted in roles he does. With the kind of roles, he has been playing it won’t be wrong to say he is one of the most versatile actors in present times.

As Biography’ movie has made its debut in the theatres, its star cast is shining as well. With strong leads like Rajkummar Rao and Shraddha Kapoor, ‘’stree ‘’ promises hope for viewers and makers.

Making your presence felt in the film industry being an outsider is very much equivalent to qualifying an IAS exam. Rajkummar Rao has come out with flying colors making a deep impact in the very short span of time.

Let’s travel a short journey on Rajkummar’s path of success:

Born and brought up in a middle-class family Rajkummar completed his early education in Bluebells Model sr. secondary school. Following it he graduated in arts from Atma Sanatan dharma college – University of Delhi. As everybody who aspires for a career in films joins a theatre group, he also joined a theatre with Kshitiz repertory and Sri Ram Center, Delhi.  Later in 2008 to polish up his talent and attain a deeper depth of cinema world Raj got admitted himself in FTII, Pune.

Like a child looks at the moon to get close it someday, Rajkummar said once that he made Shah Rukh Khan his moon who inspired him to join the industry.

It would have been difficult without talent is a one-liner for Raj’s journey. Rajkummar Rao is an actor first and then a star. Since the beginning, he has an image of a boy next door, who doesn’t carry the glamor and charm of a star. He is an actor who loves his art.

Intellect and ability to inherit character’s soul has been keys to Rajkummar Rao’s successful and unconventional films. He is what he should be in the film while working, one cannot discover even a portion of Rajkummar Rao’s real identity in his roles.

Even though the screen time of the character was less, the significance of the part was very high. Rajkummar did it beyond expectations adding his own personal touch.

This has been one of the most intense and memorable characters played by Rajkummar Rao. It probably involved a lot of preparation to inculcate the darkness of this character.

Rajkummar has bagged a huge treasury of awards since 2014.

Rajkummar Rao is one of those actors who have the power to redefine Indian cinema and in entertainment.

His personality and work clearly justify that being a star is an overnight phenomenon but being an actor requires effort and versatility.

We wish him good luck and congratulations for future and present.